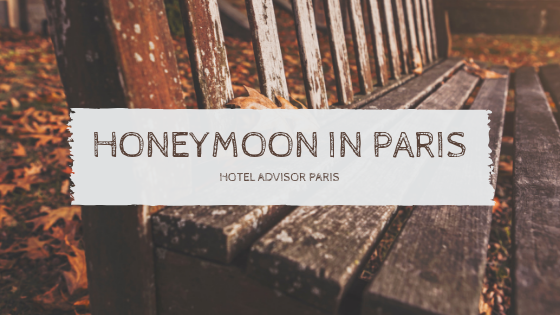 Ideas for the best honeymoon in Paris

Paris is one of the most romantic city in the world and probably one of the best city for a great honeymoon.
You’ll enjoy spending time in Saint-Germain-des-Prés visiting the art galleries or having a coffee at the famous “Café de Flore” where Jean-Paul Sartre, Albert Camus and Simone de Beauvoir used to sit for hours in the fifties.
You’ll love diner with your wife on the top of the Eiffel Tower at the “Jules Vernes” with its amazing view.
Paris is also the city for shopping, if you are a “fashion addict” you should spend some times among the designer stores at the “Avenue Montaigne”, or if you prefer jewellery I suggest you the “Place Vendome” where you can find Cartier, Van Cleef & Harpel, Boucheron, Dior …
Another beautiful moment will be the “bateau mouche” on the river Seine, or the Barque at the Bois de Boulogne.

Location for your honeymoon in Paris

If you plan to spend your honeymoon in Paris, I suggest you to choose your location with care. Saint-Germain des Prés / Latin Quarter for the cobbled streets.
The Opera for the central location, great hotels, near Louvre, Concorde and le Marais for the old Paris.

Restaurants for your honeymoon in Paris

There are plenty of romantic restaurants in Paris :

Places to go for a honeymoon in Paris

The most romantic places to go for a honeymoon in Paris are:

Unusual tour to do for your honeymmon in Paris

If you are looking for a unusual tour in Paris for your honeymoon, go for :